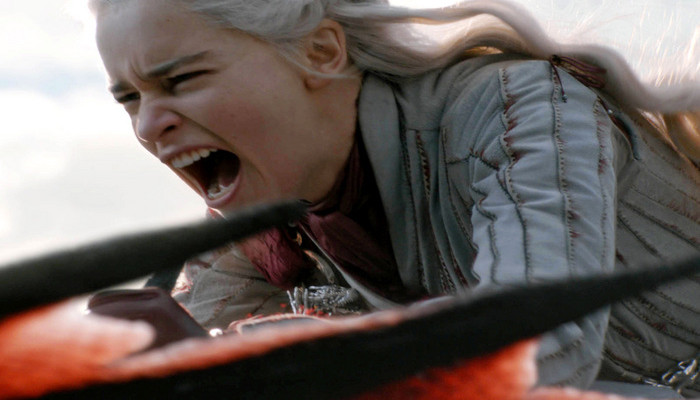 Game of Thrones – The Mad Queen

Daenerys Targaryen, the daughter of the slain mad king, knows what it likes to be constantly in danger since she was a baby. Growing up along an abusive brother, she endured all sorts of pain and humiliation for one specific goal – that she will claim the Iron Throne one day.

Some spoilers ahead, be warned, but mostly are just “wild guess“.

Game of Throne’s season 8 episode 4, “The Last of the Starks” seemed to be the breaking point for Dany, who is left with just a few allies.

She lost two dragons, learned that Jon Snow is a potential competitor to the Iron Throne, Sansa doesn’t like her, the North don’t want her, Ghost doesn’t like her either probably because she prefers dragons over dire wolves.

Sir Jorah Mormont her dear friend is dead, the Dothrakis are gone, the Unsullied left with probably a few hundred men, and bff Missandei was executed at the behest of a more fitting “Mad Queen” Cersei.

These misfortunes could be enough to send the strongest, most moral person down to depression, or, seek vengeance and do violent acts.

We know she’s capable of harming people. Her tendencies to make violent decisions, like the torching of the Tarlys worries Varys.

So with just 2 episodes left of the series, #GOT may probably take this path which many fans have suspected all along – that Daenerys Targaryen will take her true form – the Mad Queen and burn King’s Landing to the ground with her remaining dragon, Drogon.

Such madness would then necessitates to have her killed – and I got 3 queen slayer candidates:

Varys (if she won’t kill her first), the Kingslayer Jaime Lannister, or Jon Snow aka Aegon Targaryen.

So then we’re left with the last 2 of the Targaryens – Jon and Tyrion.